Organizations you Should be Donating to for Pakistan Flood Relief 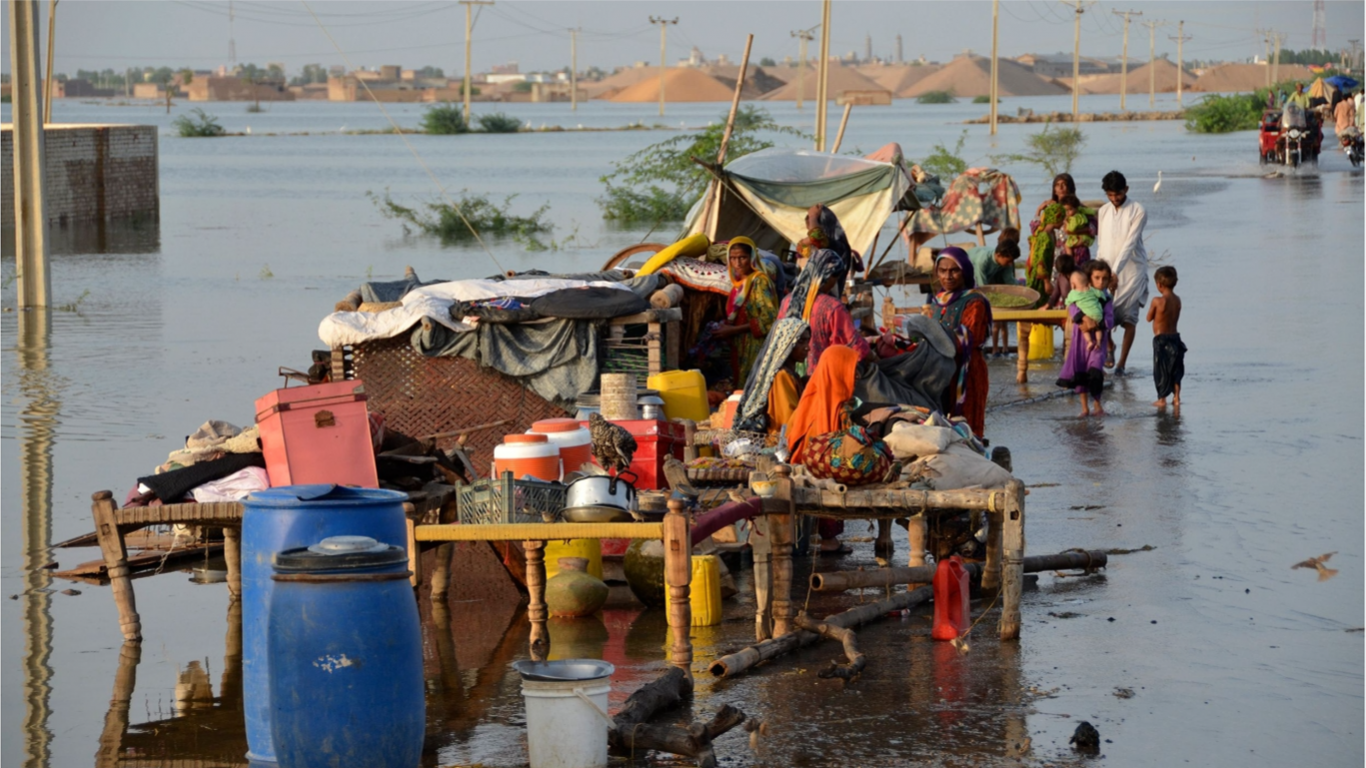 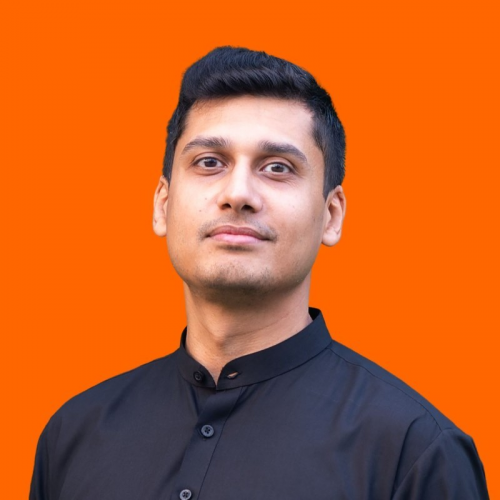 The floods have also destroyed essential infrastructure including roads and bridges. This has made relief efforts more challenging. 800,000 houses have been reported to be destroyed and a further 2 million are damaged. The destruction is truly unprecedented.

Now after two months, the disaster is making a comeback with an even deadlier resolve. Village communities are succumbing fast to water-borne diseases. Malaria, dengue, and cholera are on the rise. There has also been a spike in malnutrition, especially among children. More than 2,000 hospitals and health centers were damaged or destroyed during the floods, which means that health is now scarce in many rural areas and the difficulty in providing relief and rehabilitation has increased by many folds.

It should also be noted that many sections of the population have still not received food rations and now time is running out. Winter is approaching and with it, people are scrambling to find shelter, medicine, and other basic necessities that have now become a luxury.

But there is hope.

Nonprofits throughout the world have pledged their support and many have taken steps to address the long-term needs of the affected population. Here we have put together a list of nonprofits that are most active in combating the challenges ahead. This guide will help you decide which charity to support. Please note that there are literally hundreds of organizations actively partaking in this monumental effort. However, we have mentioned only those with the biggest operations and those that have pledged to support in the long run. So don’t worry if your favorite charity is not mentioned here.

Edhi Foundation
Founded by the late Abdul Sattar Edhi, the foundation bearing his name is one of the biggest charities in Pakistan. It began its operations in 1951 in the highly populous city of Karachi. Edhi Foundation is now internationally recognized for multiple services addressing the needs of the poorest of the poor. It’s well known for providing emergency assistance round the clock. During Pakistan’s flood, Edhi Foundation quickly mobilized its team to reach the most far-flung areas. Apart from delivering aid, the Foundation’s Marine and Coastal Services Wing was engaged in providing rescue missions, finding missing persons, as well as pumping out rainwater from flooded parts of Punjab, Sindh, and Khyber Pakhtunkhwa.

Muhammad Jawed, who is the Team Manager at Edhi International Foundation USA, told Feeling Blessed that, immediately following the floods, the Foundation was one of the few organizations involved in offering burial services for the deceased. Now Edhi Foundation is helping people construct flood-proof houses and is providing healthcare to children affected by water-borne diseases.

If you are living in the United States click here to conveniently donate to Edhi Foundation. Those residing in the UK can donate through this link.

Click here to watch the podcast with Muhammad Jawed in which he talked about Edhi Foundation’s effort for flood relief.

Alkhidmat Foundation is registered as an independent charity in the USA and the UK. Those wanting to donate online to the foundation can go to their website.

The Citizens Foundation (TCF)
This nonprofit operates 1,800 schools across all provinces of Pakistan. It is currently educating close to 300,000 students with the support of over 13,000 teachers and 17,400 staff. While the main focus of TCF is providing education, the floods in Pakistan prompted the organization to join the relief efforts. The school year had started when the floods hit and many of TCF’s schools were damaged.

Danial Noorani, who is the Founder and Director of Development at The Citizens Foundation (TCF), USA, told Feeling Blessed that many schools of TCF were used as emergency shelters by families escaping the floods. It’s also pertinent to note that majority of TCF’s schools are located in the Sindh province which is the worst affected province.

‘TCF has a history of always coming to the aid of the country,’ told Danial Noorani. ‘Our schools are in these poorest communities in Pakistan and so we have staff, we have teachers, we have administrative staff, that are spread all over these areas where the damage has happened. So, our staff, teachers, and even students get involved in the relief efforts.’

Akhuwat
Akhuwat is one of the largest nonprofits in Pakistan with over 800 branches and 5.4 million beneficiaries all over the country. Its mission is to create a poverty-free world by disbursing interest-free microloans.

During Pakistan’s floods, Akhuwat’s first priority was to provide relief services. With 10,000 volunteers and staff, it successfully provided ration bags, and food, and set up medical camps in all provinces of Pakistan. The nonprofit also provided cash to families to support themselves independently. Today Akhuwat is involved in rehabilitation efforts where it is providing interest-free loans of up to $700 for a period of up to 5 years. The loan will be used by families to reconstruct their houses.

‘The biggest problem is the scale of the issue,’ said Arif Anis who is the President of Akhuwat UK. ‘We are looking at 40 million people affected by the floods.’

During the podcast hosted by Feeling Blessed, Arif Anis emphasized the need to get people back to their homes. He highlighted that as long as people are not given the opportunity to reconstruct their houses, they would not feel settled and the crises will exacerbate.

To watch the podcast with Arif Anis, click here.

Comprehensive Disaster Response Services (CDRS)
In the past, CDRS has responded to multiple national emergencies in Pakistan and is engaged in providing flood relief efforts in 26 districts in all four provinces of the country. It has been delivering food packs, drinking water, medicines, and cooked meals in some of the remotest areas of Balochistan, Chitral, DG Khan, and several districts of Punjab and Sindh.

CDRS was founded in 2005 in response to the devastating earthquake in Kashmir that took more than 80,000 lives. The founder, Todd Shea, has more than 20 years of experience in providing disaster relief in several other countries including the United States, Haiti, Japan, Belize, Sri Lanka, The Philippines, and Bangladesh.

CDRS’ mission is to improve the lives of people by providing quality healthcare, and clean drinking water and empowering women and youth through initiatives that focus on education, economic empowerment, and community service.

Be sure to support CDRS’ efforts for flood relief by donating online.

IRUSA is currently focused on rebuilding damaged homes and infrastructure. It is also working with the local communities to strengthen farmers by building sustainable livelihoods and providing shelter. It also has programs to support women and widows.

Islamic Relief was founded in 1984. It has registered offices in more than 40 countries. It has several programs to support humanitarian relief efforts, poverty alleviation, advocacy, and human rights, among others.

You can donate online to support Islamic Relief USA. Click here to make your contribution.

ChildLife Foundation
The charity has been devoted to supporting one of the most vulnerable flood victims - children. It is providing emergency, primary, and preventive healthcare.

ChildLife Foundation operates several pediatric emergency rooms in government-run hospitals. The facilities are managed by the Foundation which also provides training to staff, doctors, and nurses.

During the podcast by Feeling Blessed, Dr. Ahsan Rabbani, CEO, warned that the ‘Biggest demon is yet to come.’ He mentioned that out of 3 million children affected by the floods, at least 40% are at risk of contracting water-borne diseases with serious complications. He cautioned the need to save those children by delivering emergency healthcare.

Children require specialized care as they are more likely to die from easily preventable diseases.

You can support ChildLife Foundation by clicking here.

Conclusion
This article describes a few organizations that are actively participating in flood relief efforts. Be sure to support them in their mission. Every dollar can save lives and we hope that you will continue to donate for as long as possible.

Check out our most popular blogs and resources. 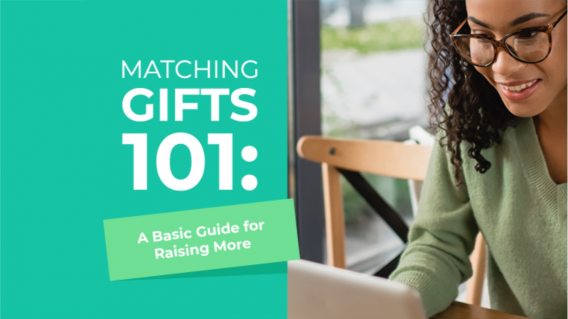 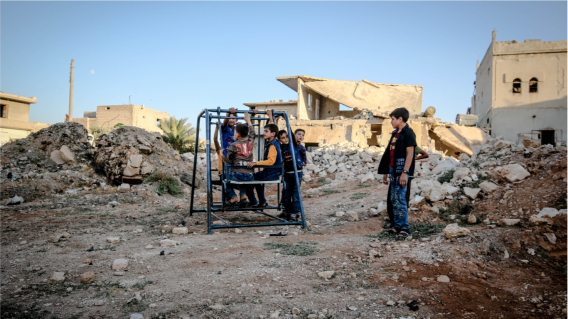 Zakat as a method of community care 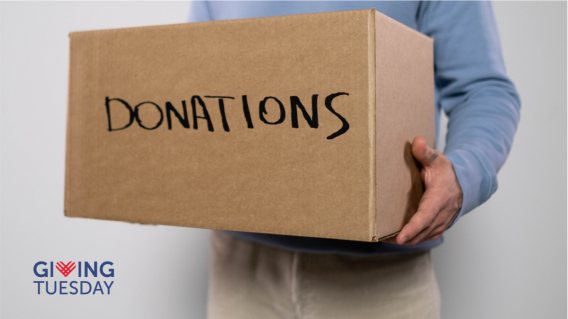 How to Leverage your Nonprofit on GivingTuesday? 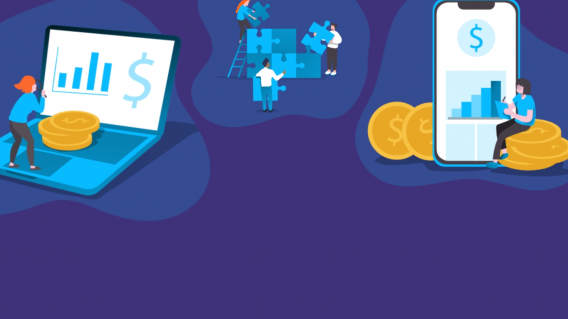 “Where Needed Most.” Do donors know where their money goes?

Hear About Your Impact. We'd love to keep you updated on the impact of your donations. You can opt-out anytime.

We care about the protection of your data.

You have been successfully subscribed to our newsletter.